Before carrots were presented as shadows of their former selves in hermetically sealed bags labeled “baby,” they ran wild, and still do.  You probably wouldn’t recognize Daucus Carota as carrot if you saw it, but for a long time this spindly rooted plant was the only carrot Europe knew.

Originating in the Iranian Plateau, the inhabitants of what is modern day Afghanistan had no trouble converting their wild ones to the conical type (probably purple) in the 10th Century. Meanwhile, Europeans had neither the luck nor the knowhow to achieve such an effect.

Nor was this the worse thing in the world. Wild Carrot is after all edible from flower to root and while it doesn’t have the same sweet taste as its timid sister, Hippocrates and Pliny the Elder alike suggested ingesting it as a form of birth control.

Then again, Ayurvedic physicians and Romans considered its seeds to be an aphrodisiac. Once, the ever troublesome Caligula fed the Roman Senate a feast of carrots hoping they would devolve into a orgastic mob. History indicates he had no such luck, but I think it’d be worth trying again. 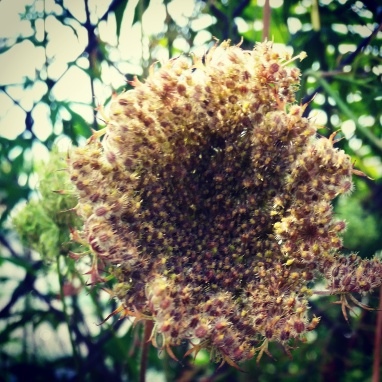 The European Middle Ages were a bit more measured about their use of Wild Carrot, which they considered excellent in treating bladder and kidney conditions. It was also well known to relieve gas.

Meanwhile, a rainbow of domesticated carrots circling on trade routes through Asia Minor and into Moorish Spain. To a small extent they were eaten in Europe. But of all the colors, orange was the sweetest, and it wasn’t until this strain was perfected by farmers in the Netherlands in the 16th and 17th Centuries that carrots became common fare in Europe. Some may try to say this wasn’t a tribute to the House of Orange which was at the time in power, but I’m hard pressed to believe this didn’t enter into the minds of amateur botanists carefully crossbreeding one strain with another. But who am I to say?

What, you ask, does this have to do with Daucus Carota? This is after all about City Plants.

It’s all in the name. See without a domesticated counterpart, there can be no wild. And so it wasn’t until wildchild himself, William Turner coined the phrase  Wild Carrot during brief and sickly rule of Edward XI that Daucus Carota was referred to as such.  Both a brilliant scientist and an outspoken political dissident, Turner was at the time physician to the Duke of Somerset, a practicing naturalist, and  a rising star on the burgeoning Protestant ecclesiastical scene. But soon after Edward succumbed to his many ailments, Bloody Mary threw Lady Jane Grey in the tower and Turner more or less saw the writing on the wall. He fled to Germany where his views on predestination would be more welcome. 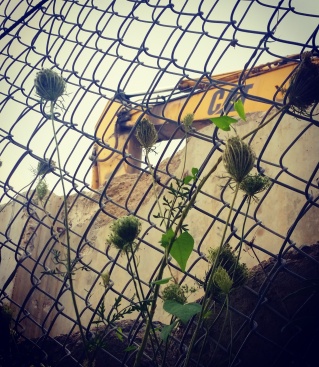 After an extended exile, Queen Elizabeth and her quest to cultivate the most cultured of countries finally welcomed Turner home. Soon after, much no doubt to Elizabeth’s delight, he completed and published A New Herball, the first clear and systematic survey of English plants in which Daucus Carota is included.

In any case, the orange carrot accent, as documented in paintings of the time, would seem to spell the decline of the Wild Carrot. Luckily, Queen Anne came to the rescue, or at least one of them anyway.

In 1589 Anne of Denmark set sail to Scotland where she married James I and VI (same person), who was not yet the King while Elizabeth was still on the throne. However, as it turned out he was not much one for the ladies, either preferring male courtiers or simply the company of books to that of his wife, or anyone else really.

No matter. Preferring the company of artists, writers, and intellects, Anne founded one of Europe’s great salons. She also had a penchant for politics, adeptly wielding her influence directly and indirectly in court and parliament. All the while critics then, as well as now, censured her “frivolity” and “extravagance” particularly in regard to her masqued balls. But what else besides a mask was an intellectual woman trying to exert her influence in Jacobean times supposed to hide behind?

Well, clothes I suppose, which Queen Anne was also an ardent collector of, and in particular garments with lace. Nearly every portrait of her depicts a plumed lace collar framing her oddly ovular face. Herein we find one potential etymology for one of Wild Carrot’s common names: Queen Anne’s Lace.

The rumor mill of history would have it that such an admirer of lace was Anne, that she challenged her ladies to make a pattern to rival the delicate intricacies of Daucus Carota’s white flower. In true royal fashion, the Queen was crowned the winner, but not before spilling a drop of blood pricked from her finger by her needle into the center of her design. Luckily, some Daucus Carota flowers have a red spot at their centers and so this aleatory flesh wound was icing on the cake.

Soon thereafter, Queen Anne converted to Catholicism and pretty much left her husband, for whom the King James Bible is named. Let’s just reflect on the fact that she had the chutzpah to leave the one of the greatest heros of Protestantism in the history of Protestantism and convert to the religion that he was pretty much trying to eradicate. Frivolous my foot.

However, this story may not be about Queen Anne of Denmark, but rather about her granddaughter, Queen Anne of England. The petal didn’t fall far from the flower for these two. Like her grandmother, Anne of England was rather adept at keeping her crown on her head and her head on her neck. In 1688 William III of Orange (carrots again), Anne’s brother in law overthrew her father, the King. But Anne bided her time. Soon her sister died without having had any children and Anne became co-regent with William. Again, she waited and even though pained with gout and delightfully corpulent, Anne outlived William and became sole heir to the English Crown.  It was under Queen Anne of England’s rule that SCOTLAND AND ENGLAND UNITED TO CREATE GREAT BRITAIN. So there’s that.

Regardless of which Anne this story is truly about, it strikes me as unlikely that either woman would have much time or use for crocheting lace. Nevertheless, their name is still attached to the delicate flowers festooning Bushwick wastelands, bedecking Maspeth superfund sites, and adorning abandoned buildings in Red Hook. 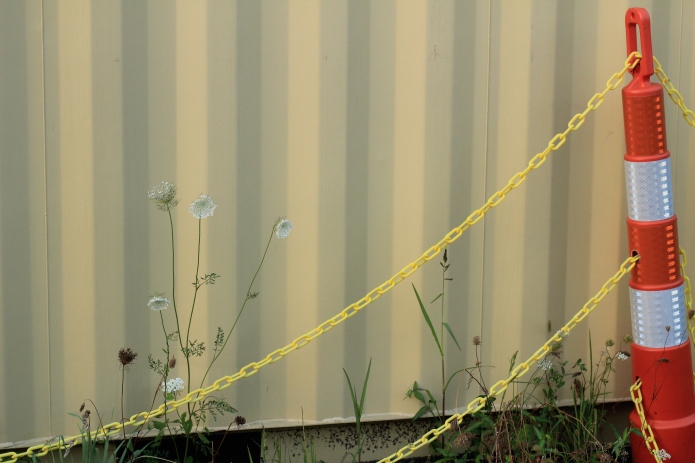