In addition to misunderstanding the wonders of City Plants, the world lacks sufficient appreciation for poetry. So you can see why I was delighted to come across Poem Ending Clotbur, a work by Daniel Bouchard that makes the reader feel she is dreamily wandering through a field of wild plants.

So perfectly City Plants was this poem that I felt the need to find its author amid the ether of the internet. However, he was hard to find and the only contact I came across exists on that monolithic, data-thieving, anti-social media platform that shall not here be named.

But, it would seem that  Bouchard, like I, avoids the messenger function of not-said platform as best as one can. Several months went by. Then, a message! Which I in turn ignored for a week or so, imagining it was from some wayward ex or former friend wanting to get in touch “for old time’s sake” as is often the subject of messages delivered through that particular platform. I was therefore extra delighted to see it was from Bouchard. I reached out via real email with a few questions I had about his work, especially poems in his new collection Spider Drop, just released by subpress collective this June.

City Plants: Poem Ending with Clotbur is so rich with biodiversity. Is there one particular field that inspired you or served as the canvas for this work? If so where is it? Is it particularly significant to you? Or, is it an amalgamation of landscapes?

Daniel Bouchard: It’s collection of landscapes. One does stand out however: the banks and floodplain of Chester Creek in Pennsylvania where I grew up. But it’s mostly common yards, city lots, and sidewalks.

CP: Were you well versed in these plants before writing this poem? (Pun intended.) Or did you have to research them?

DB: Research, definitely. I am not a botanist, not even an amateur. Even when I get something identified I tend to forget the name over time. Another way of looking at it however is to say that I was very familiar with the plants themselves but just didn’t know their names. Like neighbors. Here I have been living next to corn cockle all these years and didn’t know what it was. I very much needed and still need guide books. I had a lot of “oh so that’s what THAT is” moments when writing this poem. I remember URTICA DIOICA as a kid by the creek. But I didn’t know it’s name beyond “seven minute itch” which isn’t as poetic as “stinging nettle.”

CP: Are there any other great poets of plants that inspire you?

DB: The English poets John Clare and Erasmus Darwin. In fact, I think this poem came about after a happy and coincidental concurrent reading of John Clare, Thomas Huxley, and John Stilgoe. 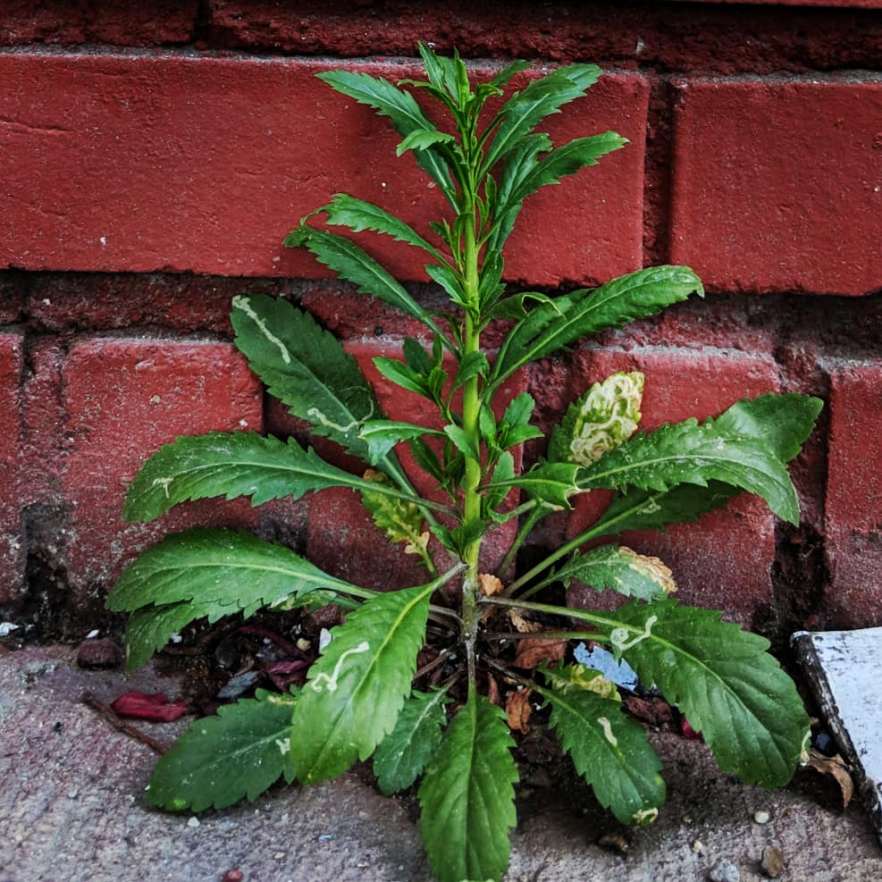 CP: Do you see a connection between biodiversity in nature and our vocabulary, ie the diversity of words with which we can express ourselves?

DB: POEM ENDING IN CLOTBUR celebrates the vocabulary of that biodiversity. It’s very much a sound poem made of this beautiful language, beautiful words, of plants that are mostly considered weeds. I wanted a poem with all of these words in it, and little else.

DB: I guess I have an aesthetic interest in watching the grass grow. Ecology has always been a concern in my poetry and in the past few years I seem to been super-focused on plant life. But I’ve never thought about the images in my poems explicitly in terms of symbols, except maybe in some stories told to my children which I make use of in some poems, anthropomorphizing a sunflower seed for example. I’ve always been a look-around-you kind of writer.

Let’s just be real. The Tree of Heaven, ailanthus altissima, is a badass.
Tree of Heaven
%d bloggers like this: